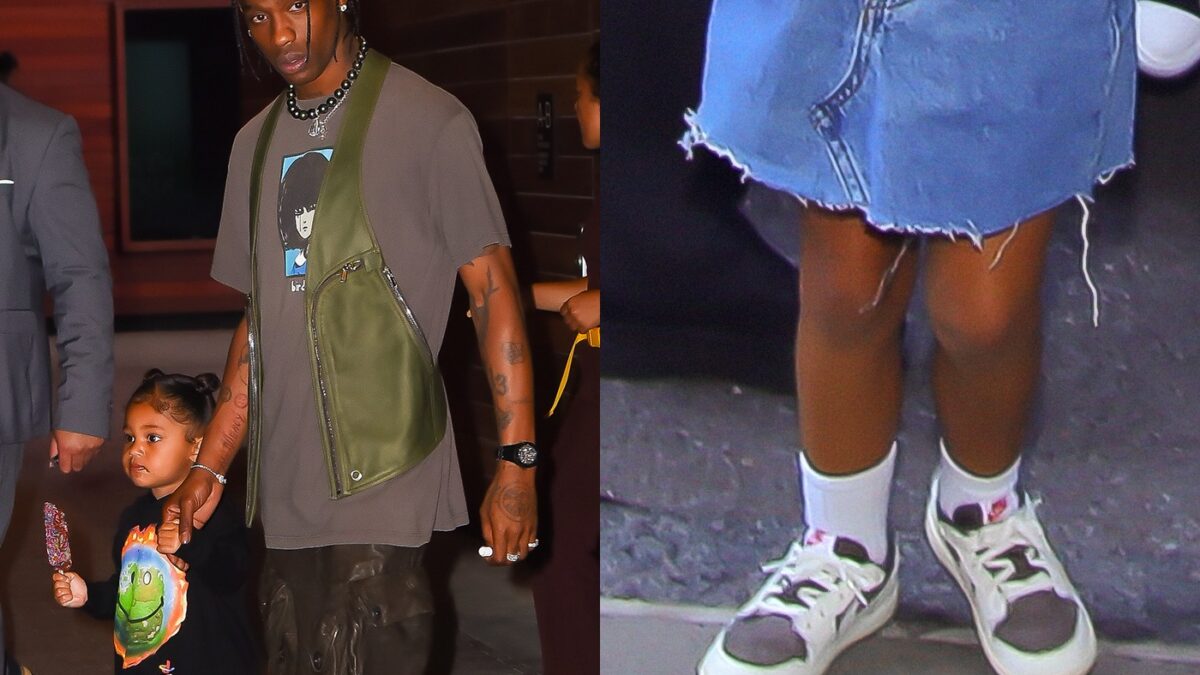 With no end looking for the Travis Scott and Nike/Jordan Brand partnership, a new Air Jordan 1 Low “Reverse Mocha” was recently revealed by Kylie Jenner and daughter Stormi via Instagram.

The newest take on La Flame’s Air Jordan design comes in a low-cut kids size this time which expresses another reverse colorway. The base of the shoe has deep brown nubuck highlighted by contrasting premium white overlays. However, the design of the shoe is done by “Nike” tongue tags, flipped Swooshes on the midfoot with midsoles in off-white and outsoles of brown rubber.

Nevertheless, it is still unconfirmed whether the “Reverse Mocha” will ever be officially released.