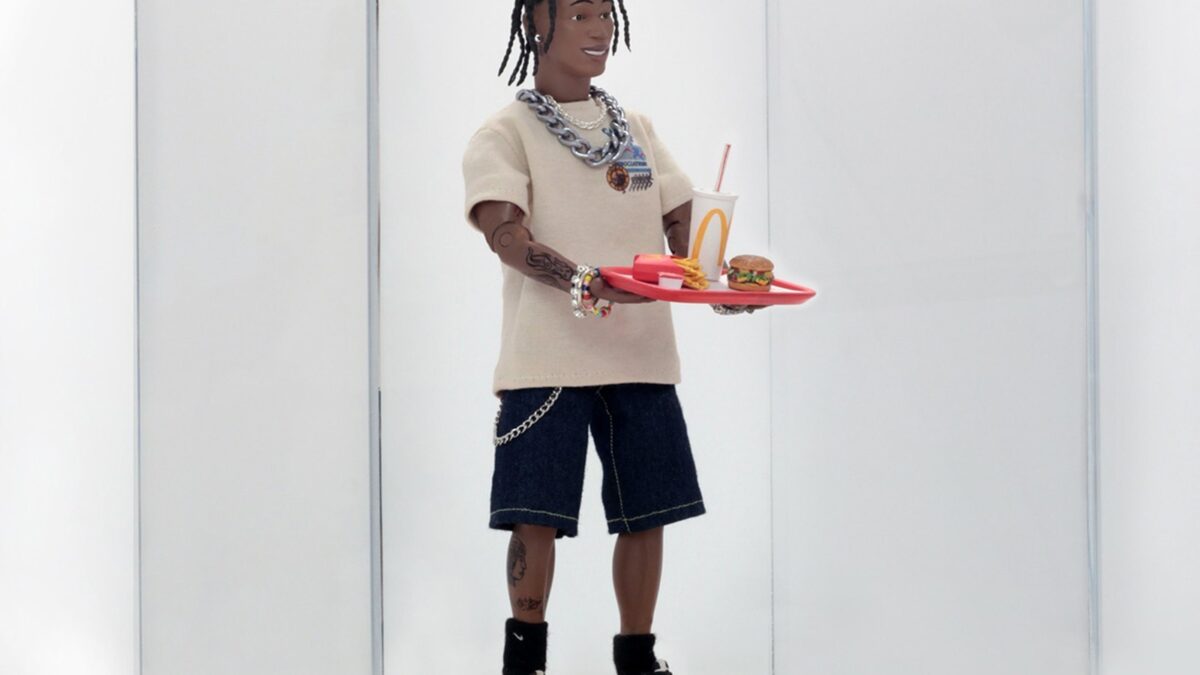 Travis Scott’s Nike kicks are super tough to get hands-on, but his McDonald’s action toy is even harder to get hold of. McDonald’s has given you the chance to win the collectible, but there are just five units that ever existed for the public.

The figure, which is a scaled-down toy model of Scott, won’t be up for sale in restaurants or online. Instead, the fast-food chain is using Twitter for an exclusive limited giveaway. Five lucky superfans will get grab the toy, as the sweepstakes are open from now until this Sunday, September 27 at 9 a.m. EST.

To give it a shot for a chance to win, simply quote tweet this post with “Cactus Jack sent me to @McDonalds #CactusJackSweepstakes.” You don’t have to buy the Travis Scott meal to enter or take the figure home.

The rapper and his Cactus Jack label have also designed up a coinciding merch label for the collab, consisting of approximately 100 different Mickey D’s-themed clothing items and accessories. To no surprise, the goods are already reselling for astronomical amounts.