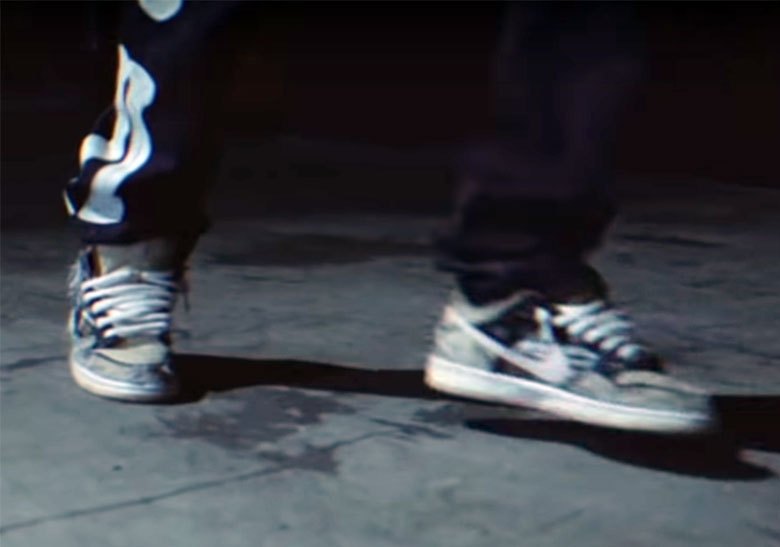 After Travis Scott gave the world a brief glimpse at an unreleased Nike SB Dunk Low in the recent “JACKBOYS” music video, we now have our first detailed look at the design. Combining an earthy base with rich navy accents, the Dunks also utilize both paisley and plaid prints.

There’s even a small touch of the embroidered text found on Scott’s recent Air Force 1 spread around the collar. Rope laces take on a frizzy construction, and Scott’s Cactus Jack logo appears on the puffy tongue, putting to rest any debate on if the shoe was indeed a collaboration or just a yet-to-release in-line style.

According to Nike SB-centric Instagram account @nikesbornothing, the bandanna-style paisley overlays will tear away with wear — much like the recent Lance Mountain Air Jordan 1 Low — to reveal a cement print underneath.

Early reports have the shoes pegged for a February release both online and at skate shops, but nothing has been officially confirmed by Nike or Scott yet.

Take a better look from the music video

For more details and updates