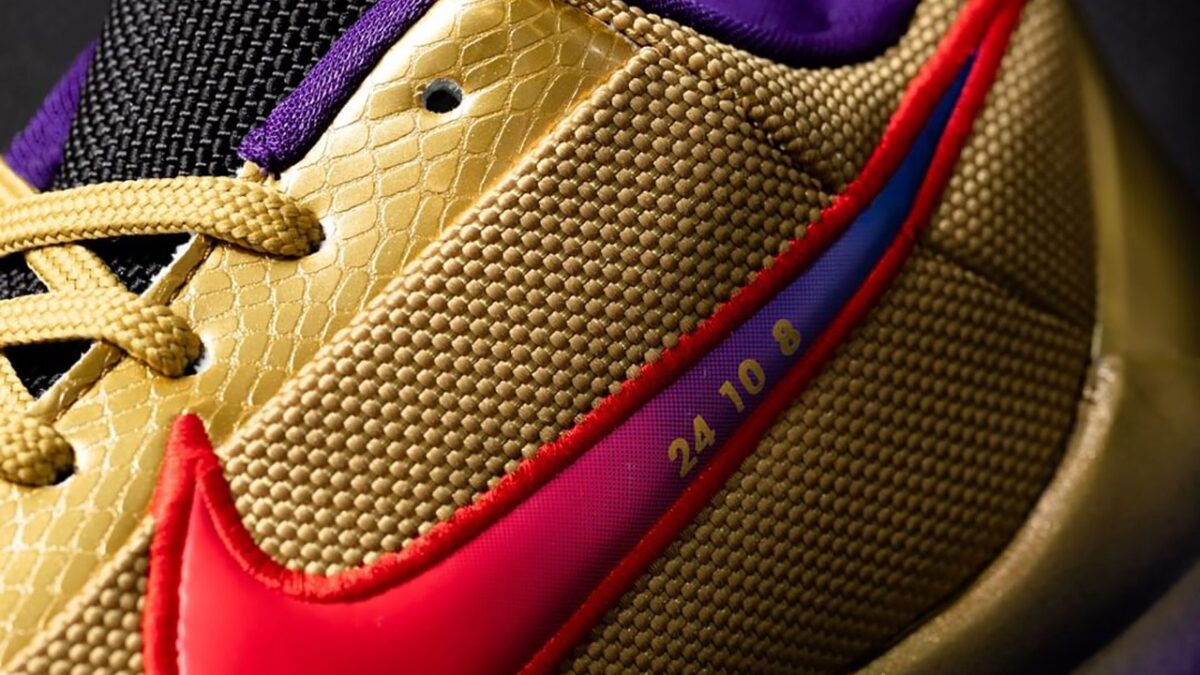 In association with the Black Mamba’s estate, Vanessa Bryant has confirmed that the future of Kobe merchandise is still going to expand, but if one thing is sure , it’s that there are still some of the Nike-made footwear products left in the chamber. The Nike Kobe 5 Protro “Hall of Fame” being that’s made in partnership with long time Swoosh collaborator UNDEFEATED.

Official images of the kicks appeared long back in October 2020, which at first made the sneaker community assume that a release was going to go down shortly after, but turns out that the delays were likely due to the contract negotiations that were going on at the time between Nike and Vanessa. In other news UNDEFEATED has officially confirmed that the kicks are finally going to drop to the public. Uppers are mostly covered with championship-inspired gold exteriors and each foot mismatches its Swoosh colors with purple on the right and pink on the left side. The lower has a “24 10 8” notation in remembrance of  Kobe‘s jersey numbers on the Lakers and Team USA. In addition to the tongues and heel counters split between Mamba’s signature snake logo and the UNDEFEATED five strike insignia.

These collaborative sneakers are scheduled to release on May 12 through UNDEFEATED which is just ahead of Naismith Memorial Basketball Hall of Fame ceremony on May 14 where Bryant will be officially inducted by none other than Michael Jordan.