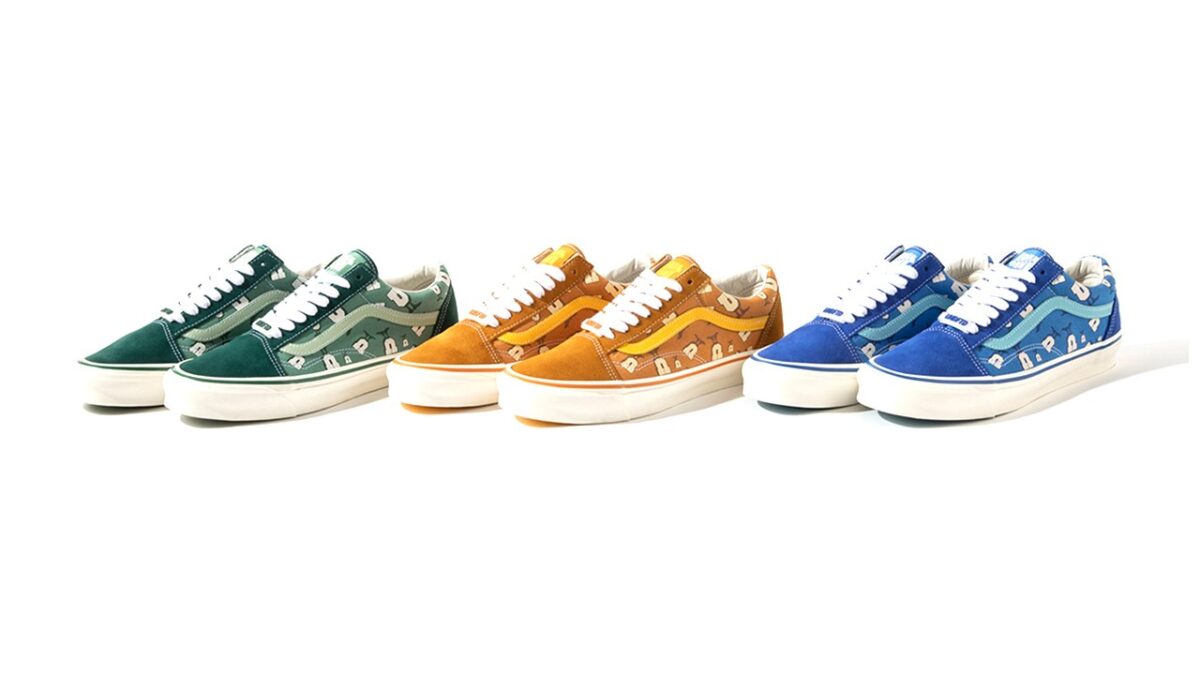 UNDEFEATED and Vans first teamed up back in 2007 when both companies released a special Sk8-Hi capsule featuring Geoff McFetridge’s “U-Man” logo. The UNDEFEATED logo has become a staple of the brand and was created around the time when UNDEFEATED opened its LA flagship on La Brea in 2002. Now, 15 years after its original team-up, the two giants are giving new life to the “U-Man” icon with three new colorways of the Vault by Vans OG Old Skool LX.

All three shoes are constructed of a canvas base with smooth suede overlays, and the aforementioned logo is pasted all over the lateral and medial walls. This two-way collection includes three colorways, including “Bistro Green,” “Blue Lolite,” and “Buckthorn Brown,” all of which rely on the primary color for the base and suede panels, while the jazz stripes use a lighter color. White laces add more contrast to the shoe, whereas the interior lining and midsoles
have a cream outer coating.

You can find each of these variations on UNDEFEATED’s site and in its global chapter stores starting December 4.