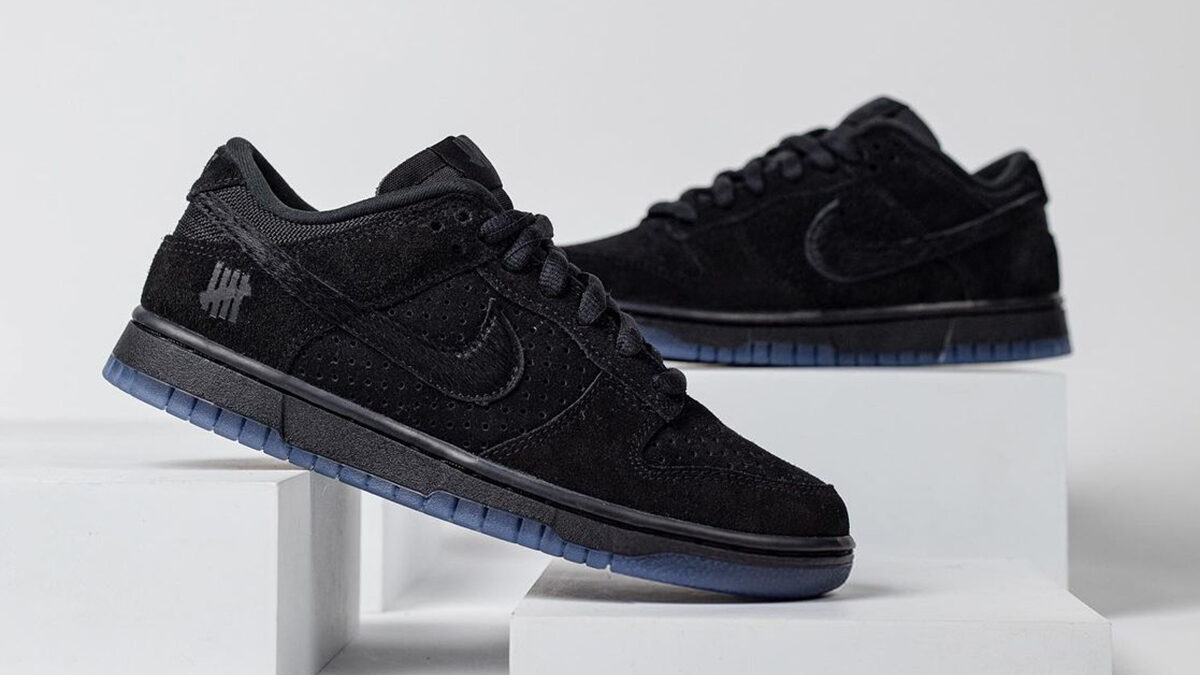 Following the Nike Dunk Low “Canteen” release earlier this month, and a look at the second Dunk crossover colorway in royal and purple snakeskin, a third UNDEFEATED x Nike Dunk Low has now joined being a part of the “Dunk vs. Air Force 1” collection.

The recent one has the most elegant fashion, crafted in a stealthy black suede construction, transforming via a perforated finish at the toes and mid panels and untouched layers at the toes, eyestays, and quarters. The heels appear in a ballistic mesh material, with exposed foam nylon tongues and the pony hair Swooshes adding the textural contrast to the all-black upper. Branding elements also follow the all-black theme, with black-on-black tongue tags, and debossed 5-strike and Nike motifs at the lateral ankles and heels respectively.

The second iteration from the upcoming UNDEFEATED x Nike “Dunk vs. Air Force 1” pack is said to be a reimagined Dunk of the retro AF1 designs. Although this pair is not a direct copy of a released colorway, it does share some similar traits to the retailer’s Varsity Purple “InsideOut” and the Air Force 1 “Eddie Cruz” releases. This, though, may even be based upon an old Air Force 1 sample given its vast difference from any UNDEFEATED x Air Force 1 out there. Midsoles arrive in black, too, before being completed by a sleek icy blue translucent outsole underfoot.

Take a look at the UNDEFEATED x Nike Dunk Low here below.