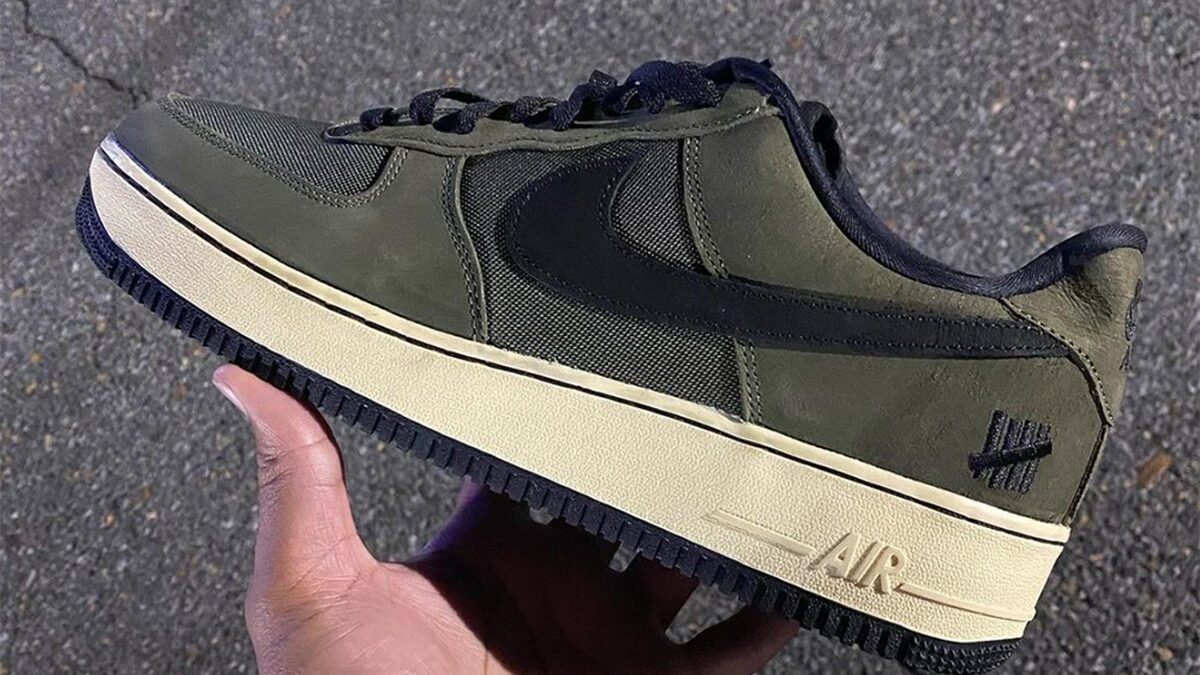 As the sun rises again , so does a new collaborative sneaker of UNDEFEATED and NIKE. following up the release of a second dunk low from the collaboration , images of a co-branded Air Force 1 have surfaced , all credits to @magic_tarantino.

UNDEFEATED and Nike are warming the space by a series of teasers for the release of “Dunk vs AF1” pack, which sees past UNDEFEATED x Nike Dunk colorways being transferred to the Air Force 1, and other way round. As we speak Two Dunk Lows from the pack have already been surfaced, and now we have our first AF1.

The Air Force 1 Low “Ballistic,” which is what it’s being called for now, traces its way back to a friends and family Dunk High from 2003 that was released to celebrate the UNDEFEATED’s second store. Coming to 2012, a two-sneaker pack including the Dunk High and Hyperdunk was released to commemorate the initial collaboration.

The kicks appear in UNDEFEATED’s familiar olive and black color scheme. The Air Force 1 Low “Ballistic” features olive-colored ballistic nylon and suede coming together throughout. The Black pops and complements the base through the Swoosh branding, five strike logos, lining, laces, and outsole, the latter of which is broken up by an off-white midsole.

Considering this an early look, the release date for the UNDEFEATED x Nike Air Force 1 Low remains uncertain. But the good news is we can expect more Forces and Dunks to drop as the two brands flesh out the “Dunk vs AF1” collection.