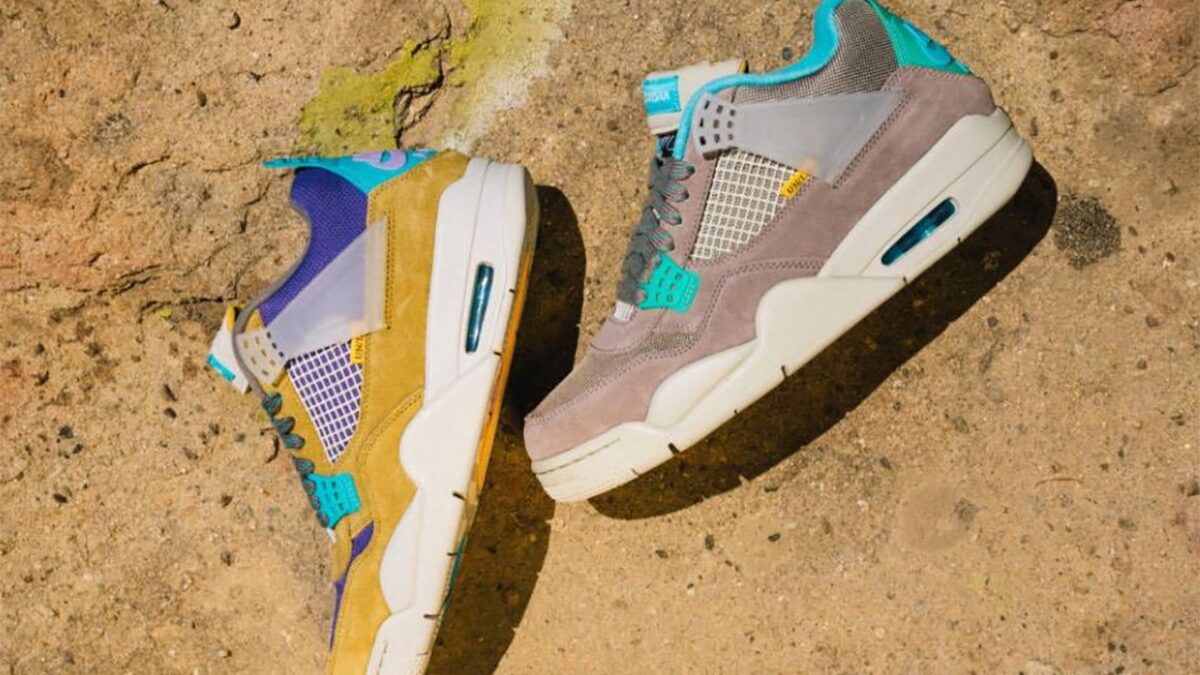 In the runway of collaborations of Jordan with retailer footwear brands, only one can be the showstopper , which is Union LA in the event of the celebration of its 30th anniversary, the Los Angeles based brand run by  Chris Gibbs , a streetwear veteran officially unveiled Air Jordan 4 collection titled “Tent and Trail” by partnering up once again with the Jumpman family.

The 80’s and early 90’s had a phase where outdoor clothing and gear was in trend amongst all the city kids, and this phase served as the inspiration for this newest capsule. The dual tone assemblage was designed to express the colors and materials utilized on hiking boots, bubble goose jackets and camping backpacks from this era. The first of the collection is the Air Jordan 4 “Desert Moss” colorway, which fuses a rich yellow hue that is laid down on the suede mudguards and eyestays with contrasting “Dark Iris” quarters, collars and toe boxes. accents of “Turquoise Blue” also also pop on the top of the lower eyelets and heel counter that hosts the more favored Nike Air branding.

Along with the desert moss releases another colorway that is the “Taupe Hauze” version which is constructed with suede overlays dialed to its titular shade while “Roma Green” accents make appearance on the forefoot eyelets and heels. “Blue Fury” accents follow suit and drop off onto the interior lining and exposed Air Jordan banners on the tongues.

Both the iterations are scheduled to release in June, where the “Desert Moss” edition launches through Union and SNKRS while the “Taupe Haze” colorway will drop as a Union exclusive.