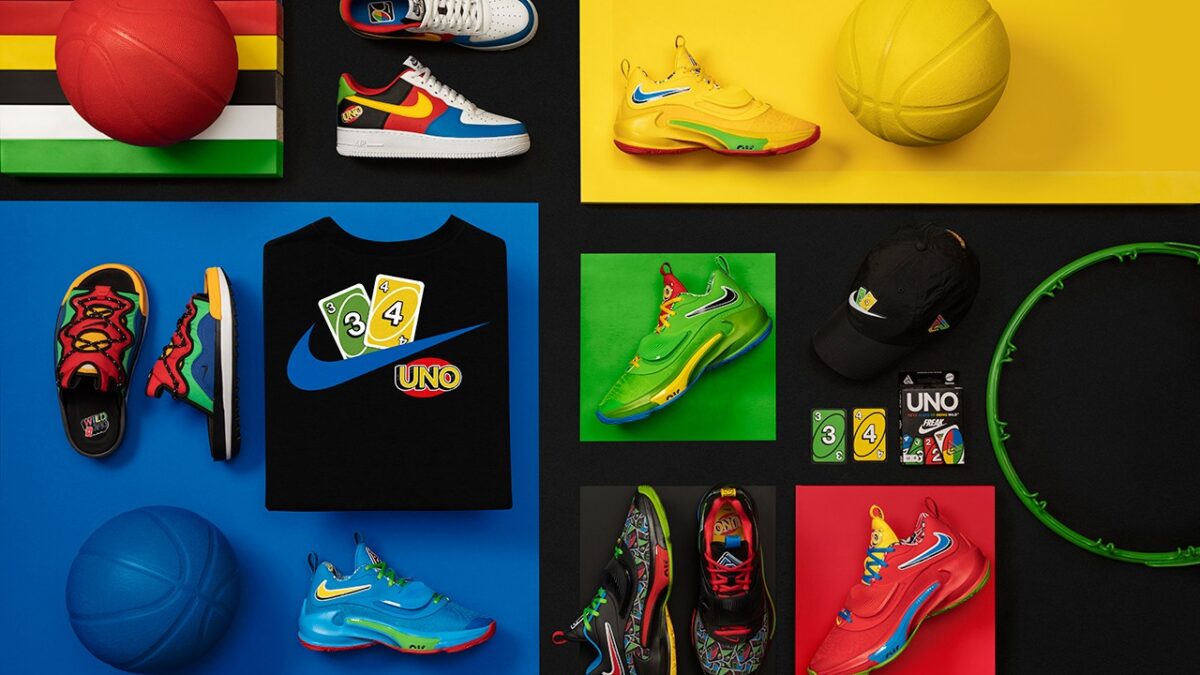 UNO Links With Nike and Giannis Antetokounmpo for a Collaborative Collection

In the upcoming NBA season, Giannis Antetokounmpo and his Milwaukee Bucks squad are striving for their second consecutive championship ring, and for the defending finals MVP, he’s going to uplift his footwear and apparel by collaborating with one of his favorite card games growing up: UNO. The Mattel-produced product is currently in the middle of celebrating its 50th anniversary, and therefore it applies its colorful essence to the Greek Freak’s signature Nike Zoom Freak 3, the Air Force 1 Low, the Offline sandal along with matching apparel and a custom card deck.

Antetokounmpo stated – “I want every product to be genuine and authentic, and playing UNO with my brothers is a big part of our lives. Adding on he said- “the Nike team has done a great job bringing my ideas to life, and I think they’ve created something for every Nike, UNO and basketball fan in this collection.”

For the eternal All-Star’s footwear, UNO has come up with five iterations for the Zoom Freak 3. Out of which four of them appear in vivid base layers and accents that depict the colors of the actual cards, whereas, the fifth option is a special member-only black colorway that’s fashioned with a UNO 50th anniversary logo on the tongue and wild cards across the toe.

The collaboration also consists of some Nike apparel which features a cotton tee and hat that both attribute Antetokounmpo’s jersey number in the form of cards. Furthermore, a special Giannis-branded UNO deck will also enliven and will have a new rule that allows players to “force a turnover” and steal an extra discard. The deck will be sold on Mattel Creations and NTWRK come November 11.