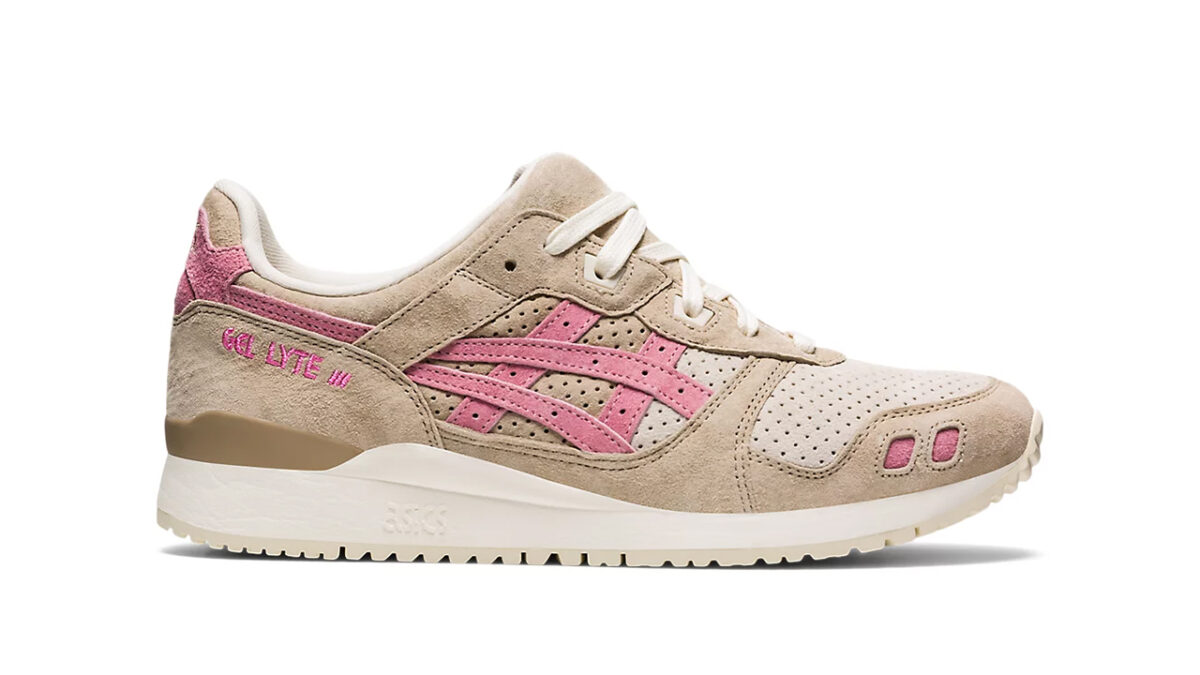 Up Close Look at the ASICS GEL-Lyte III “Kadomatsu” Pack

The market has been flooded with a smorgasbord of new footwear styles lately. Some to call out include the trail-ready TRABUCO MAX as well as the Gel-Kayano 5 360 collaboration with Carnival, and now the sportswear brand, ASICS is unloading more entries into space through its ASICS GEL-Lyte III “Kadomatsu” Pack.

“Kadomatsu” refers to the customary Japanese floral arrangements positioned in front of a celebrant’s homes with intentions of welcoming in ancestral spirits for the New Year. These tend to possess multiple breeds of flowers which, by nature, form a vibrant assembly to which these two lifestyle iterations speak.

Buttery suede upper builds an off-white midsole piece, but drastically between their primary color palettes, to which both the pairs respond. The first roster member splits between “Wood Crepe” and “Plum Blossom” hues, the former one painting over the upper’s overlays and three-fourths of the quarter, while the latter stains the tiger stripes, heel lettering, and interiors of the forefoot windows. A lighter tan tone also pops up and rests along with the sock liners, toe boxes, and laces.

Alongside this pair is the “Misty Pine” rendition. The bright titular tone is focused upon as it bathes the suede overlays, while “Seafoam” hits drip the side ASICS logos. Neutrals of grey toe boxes and liners, as well as ivory shoe strings, balance out its look.

Detailed photos of each pair can be found up above, and note that ASICS has them in stock for $200 USD.