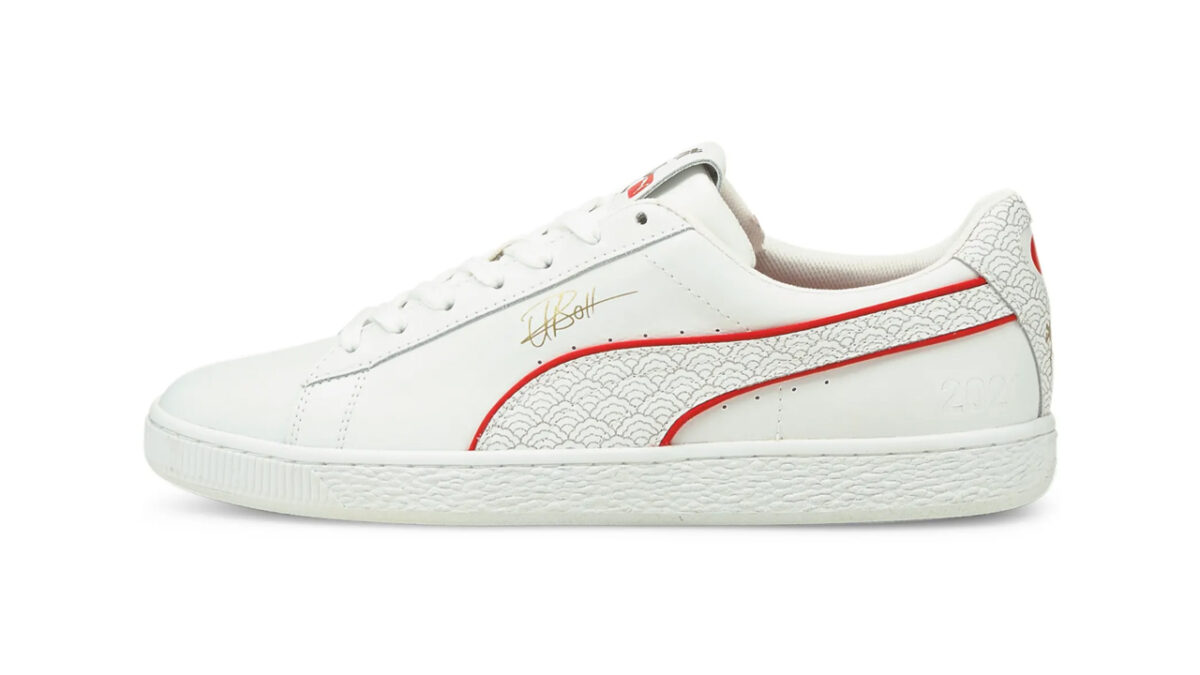 Usain Bolt and PUMA have partnered to launch a collaborative rendition of the classic Basket as a way of paying homage to the Tokyo Olympic Games. Bolt might have retired from competition back in 2017, but he still holds the title of “fastest man alive,” and is a world record holder in the 100m and 200m sprints as well as the 4 x 100m relay, so his tribute to the Games is an absolutely fitting one.

The fact that the Games are taking place in Tokyo has clearly impacted the design of the shoe, as Bolt’s Basket is stuffed full of Japanese-inspired details. The red-trimmed Formstrip sports a gray cloud print, and so does the heel piece. Japan’s flag is given a nod on the heel’s cut-out detail, and Japanese characters can be seen on the tongue as well. There’s a lot of Bolt branding to be seen as well, most clearly his signature in gold on the lateral quarter and a gold silhouette of him performing his signature victory “point” on the heel, plus further embellishment on the inner half of the tongue tag. From a construction POV, the Bolt Basket is made of white leather and rests atop a white rubber midsole.

The Games may end on August 8, but interested sneakerheads and collectors can purchase the Usain Bolt x PUMA Basket from the PUMA webstore now. Its MSRP is set at $80 USD.