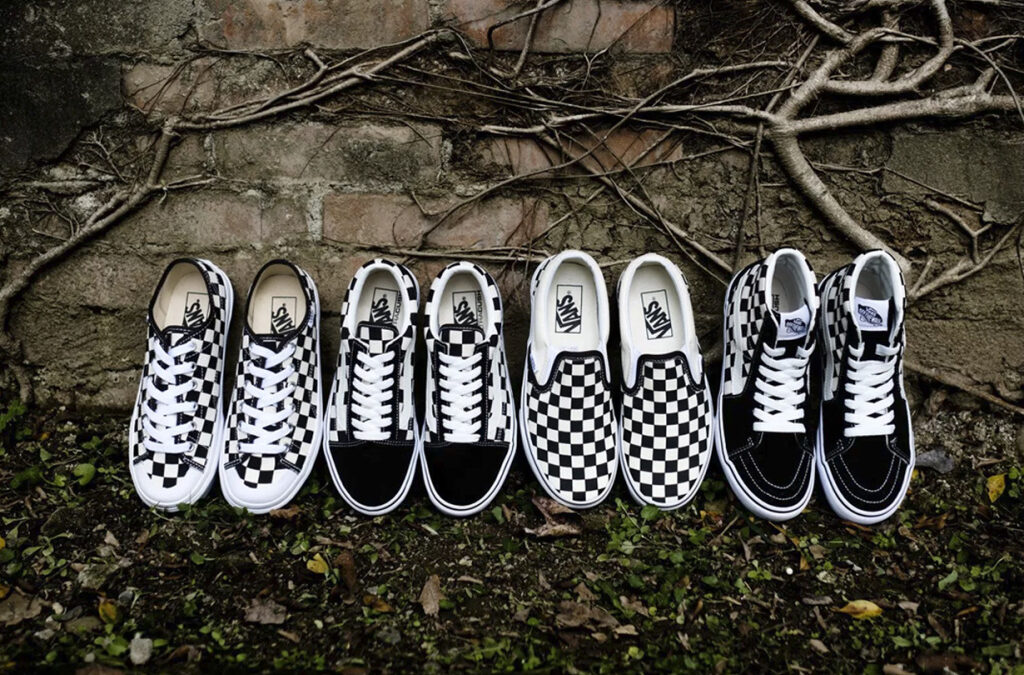 When you first learn a new word or obscure piece of information, you know the sensation, and suddenly you see that thing–which you have never seen before–everywhere? That’s called the Baader-Meinhof phenomenon, and with this pair of shoes, recently everyone around us got the Baader-Minh Phenomenon.

Yes, you guessed it right, here we’re talking about the classic skateboarding sneakers Vans Old Skool, Specifically, the black-and-white Vans Old Skool skates shoe. Why is a $60 sneaker ending up in both broke skater kids’ closet and the paparazzi-friendly modeling elite? At a time when being stylish — even in streetwear circles — appears to be characterized by the notion of having what others can’t, the mass appeal of the Old Skool feels like a true breath of fresh air, transcending the limits of some of the most traditional circle of fashion.

Wherever we chose to look in:- New York, LA To Korea there we can see everyone wearing these iconic sneakers: on an E-train gaggle of high school students to hip hop royalty and punk-rock icons, a college friend out at the pub, 20-somethings downplaying their floral sundresses for a casual brunch, even It’s been paraded down on runways for some of the hottest designers on the planet.  Continuous collaborations with cooler-than-cool streetwear brands such as WTAPS, Supreme and Opening Ceremony is the focus. And all this from a sneaker asking nothing more than a decent £60 to take up residence on your shoe rack.

The classic model is the most egalitarian shoe of the season. No one misses the chance to showcase their own style of vans in the summertime — and so, they do. After all, there aren’t many other shoes that Bella Hadid and your cool uncle can pull off with an equal amount of aplomb. It would seem that the trick is in the plain and instantly recognizable style of the sneaker: a low-top shoe with conventional laces, made in suede and canvas with clean white outsoles with an unmistakable hallmark for the last 30-40 years, known as “Jazz Stripe”.

The Old Skool, like all good sneakers, started life as a doodle in notepad from a designer. A simple, canvas skate shoe with a waffle sole and white leather “jazz stripe” was sketched by Vans co-founder Paul Van Doren to the left. It was the first shoe to carry the curvy insignia, something that would continue to define the name.

The sneaker debuted in 1977 but was later named after him. Back then, the shoe was commonly referred to as “Style 36,” and soon became a major hit among California’s rebellious skate culture of the 1970s and beyond.

1980’s THE AGE OF CUSTOMIZATION

By the time the 1980s arrived, fanatics from Old Skool had started using the panel design of the shoe to customize their footwear. Personalized sneaker models with bright colors and scribbled drawings became a regular sight on the streets as the popularity of the Old Skool began to increase.

Over time, an infinite number of variations in color and patterns have emerged. The notion of footwear as an expression of personality has grown into an integral part of the Vans DNA.

With time, the intended use was less important than a skateboarding shoe. Old Skool was in everyone’s heart which was one of the things which made Vans a popular brand of skatewear but one which was gradually absorbed into the mainstream.

1990’s THE AGE OF COLLABORATIONS

Whether we talk about music, action sports, particularly rock and later hip hop, all were heavily linked. The trendy rappers like A$AP Rocky and Kanye West are two the biggest proponents of the style, while fellow lyrist Tyler The Designer has given his name through his GOLF print to many collaborative pairs.

However, in this decade, the shoe would have played a major role in the stories of sneaker culture, as Vans partnered with legendary skateboarding shop Supreme to create a co-branded Old Skools long term relationship. Initiated in 1996, the first collaboration was a significant landmark in sneaker’s history, and the’ 96 “Classic Skool” is still one of Sneaker’s sacred grids. Other brands like Stussy, Toy Story, Tyler the Maker, and recently Peanuts were still to be re-imagined by Old Skool over the coming years.

The fashion icon status of the Old Skool had been in the making for a long time, but in 2010 it began crystallizing. The shoe became a fashion enthusiast, peaking when Haute-streetwear visionary Virgil Abloh used the style as footwear for OFF-WHITE’s SS17 show.

Henry Rollins, a legendary American punk was frequently seen on stage in a pair of these bad boys early in his career, while Bad Religion and Descendants had their own version. These highly recognizable and legendary band members who have chosen to wear these shoes can better reflect the Vans’ rich background in the music. Having that in mind, it’s no wonder that pairs of Old Skool aid drive stage divers into the world would be moshing places jumping from the Californian skate scene to punk.

Since the early days of what we call “action sport” to the global phenomenon, and to its scope to this day, the first decade of the new millennium is a testament to its longevity. The Old Skool is a versatile style that complements the aesthetics of individual drivers. First Vans released the Caballero, its first signature shoe for Bones Brigade skateboarder Steve Caballero, in 1988.

California skateboarders who inspired Vans’ designs would either wear shorts or legged jeans with a regular fitted t-shirt over their Old Skools and topping their look with shaggy surfer hairstyles. The jeans and t-shirts were not as baggy but also not as skinny as of today.

HOW YOU CAN MAKE YOUR VANS GROOVIN’ IN STYLE?

The label and its famous shoes are now recognizable worldwide even after 50 years of operation. The vans are a staple for any gentle wardrobe, they are versatile and can be worn in various ways. There are killer vans who watches out for you to match your wardrobe, no matter what your theme is.

Before we get to the versatility of the Old Skool. This is a true example of a footwear product. Jeans, check. joggers, check. Skirts, check. Tailored trousers, check. This sneaker will have to be deliberately attempted to look bad and hence it must be a must for any fashionable guy.

Hope to see you showing off some fire this summer. Below is detailed styles of what you can wear with these versatile sneakers:-

It is difficult to wrong a classic Jeans and T-Shirt combination when combined with vans. Switch legwear for summer shorts and team them up with white tube socks for a type of skatewear. If you have to dress them up, pair them with a white tee, dark tee tucked into gray dressing pants. Layer with an unstructured navy blazer or an oversized shirt and you’re good to go.

Rock your old skools with a pair of chinos and a jumper to create a cool and contemporary casual feel. Maintain the slim silhouette and the monochromatic color palette to give your look the perfect polish.

If anyone of you thought that vans can’t go with jewelry, you’re all wrong. Girls you can slay Vans with Striped Midi skirt, pullover, and funky jewelry.

The streetwear crowd is spicing up their Vans outfits with neon lights and fanny packs. So you shouldn’t wait much longer too, grab some trendy sneakers from vans and get on the road to set some fire these summers.

They’re even good to go with semi-formals/formals, With a Pastel Suit and Graphic/essential Top with a light-colored pair with some simple white trousers.

Exclusive and lined Sk8-Hi model aren’t easy to wear, therefore hanging on to casual outfits while wearing these shoes is easier. Go for an urban street comfort. You just need to complete your look with great understated polish, a pair of cropped chinos, a collar sweater and a trench coat.

The authentic is a traditional sneaker type of Vans. As the design of the Authentic is so plain, you can opt to preserve a sleek look with a neutral design or to spice stuff with a bolder color or style.

and to know all about sneaker care… click here.