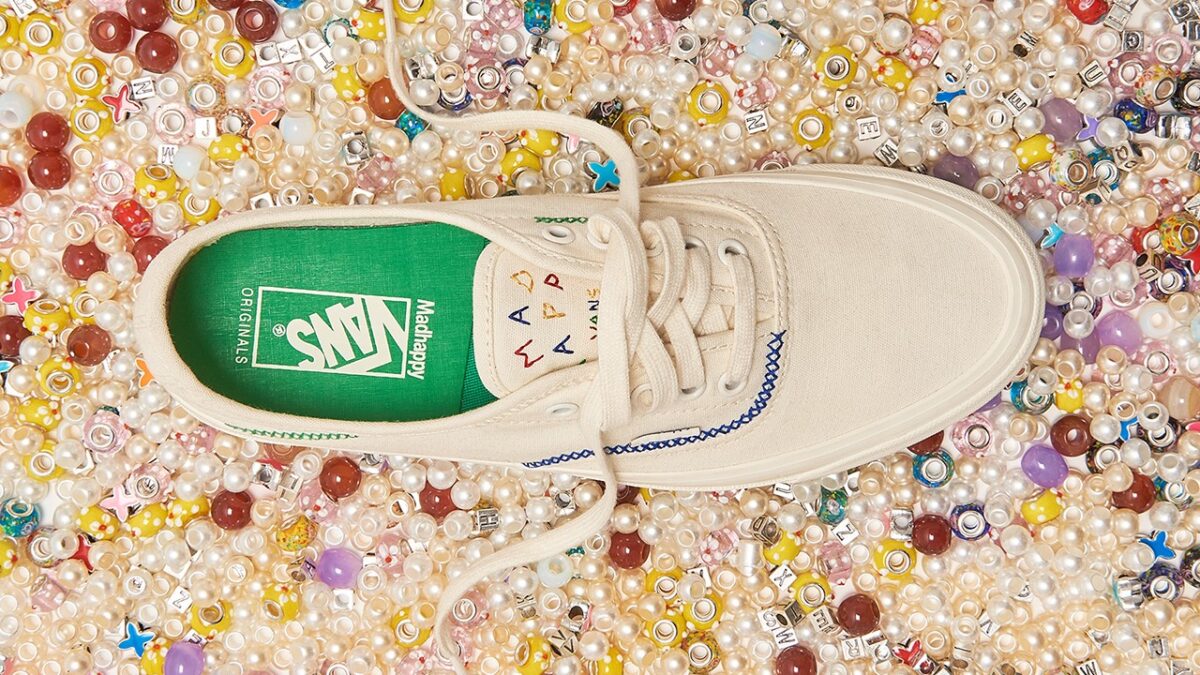 Vault by Vans is keeping things rolling right along with its collaborative dealings, after its Chukka collection with The Trilogy Tapes. It is now tapping global lifestyle brand Madhappy for a customizable Og Style 43 LX variation. This new collaboration marks Madhappy‘s first-ever team-up in the realm of footwear.

The design of the kicks is rather under the radar as it mostly uses neutral tones on its base layer and sole unit which lets the multi-colored accents to stand out. The upper of canvas is donned with a marshmallow hue, and highlights exposed green and blue stitching along the forefoot and heels of the right shoe while red and yellow accents touch down on the left. Co-branded hits are decorated upon the tongues in more multi-colored fashion, as well as the on the white and blue tabs planted on the forefoot which spells Vans on the exterior and Madhappy on the inside. Further expanding on its playful motif, each pair is packed with a blend of letters, colors and symbol beads inspired by friendship bracelets that customize the shoes to your liking.

These kicks are dropping on Madhappy on June 15 at 10am PDT.

The adidas YEEZY BOOST 380 Revealed In A Cool Grey Colorway