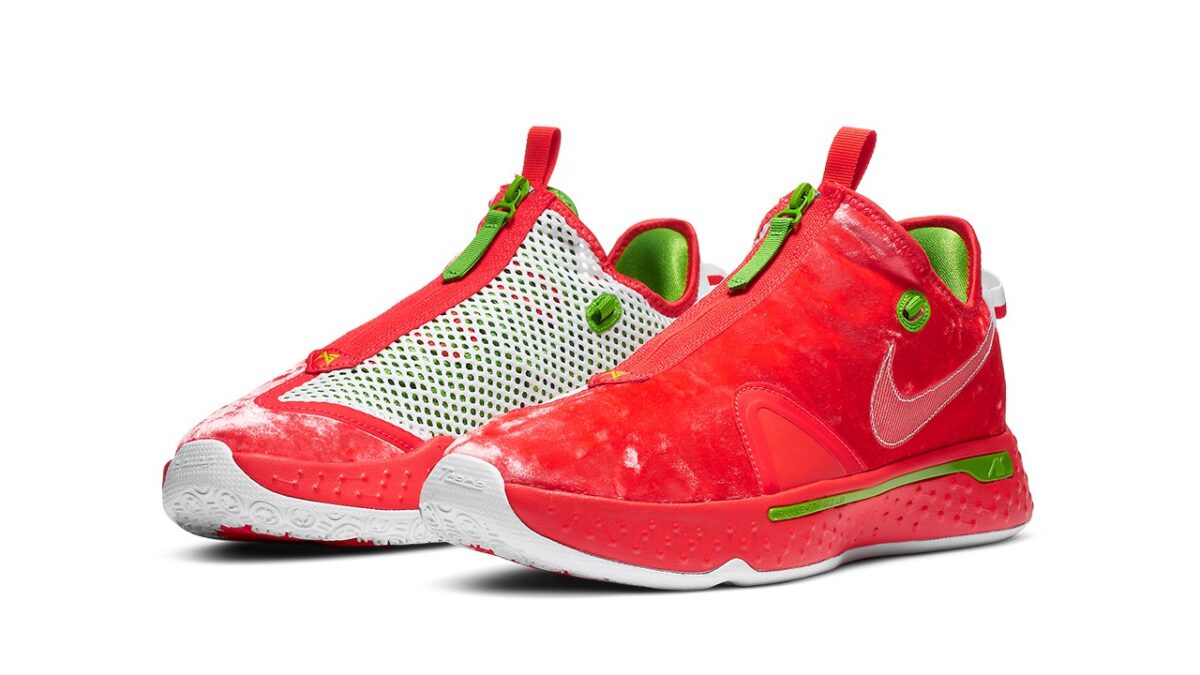 After his recent contract signing of $190 million USD, Paul George draws our attention to his upcoming Nike PG 4 in the “Christmas” colorway. With the NBA regular season games to resume later this month and the Clippers to take on the Denver Nuggets on Christmas, it is much expected for the pair to be spotted on the feet of the All-Star forward.

On paying close attention you will notice Nike, influenced by holiday season has opted for the crimson-dyed velvet fabric instead of the mesh on the laterals. The zip-up exterior is also livened up with a sleek white embroidery across the swoosh nodding to the candy canes. Showered with “Green apple” accents, the zippers, heels, midsole molds and sock liners ready themselves for the holiday. Insoles now arrive in a remixed version of PG’s logo ornamented with Christmas lights.

The shoe is set to arrive at select retailers such as Afew and Nike on the 19th of December for $120 USD.