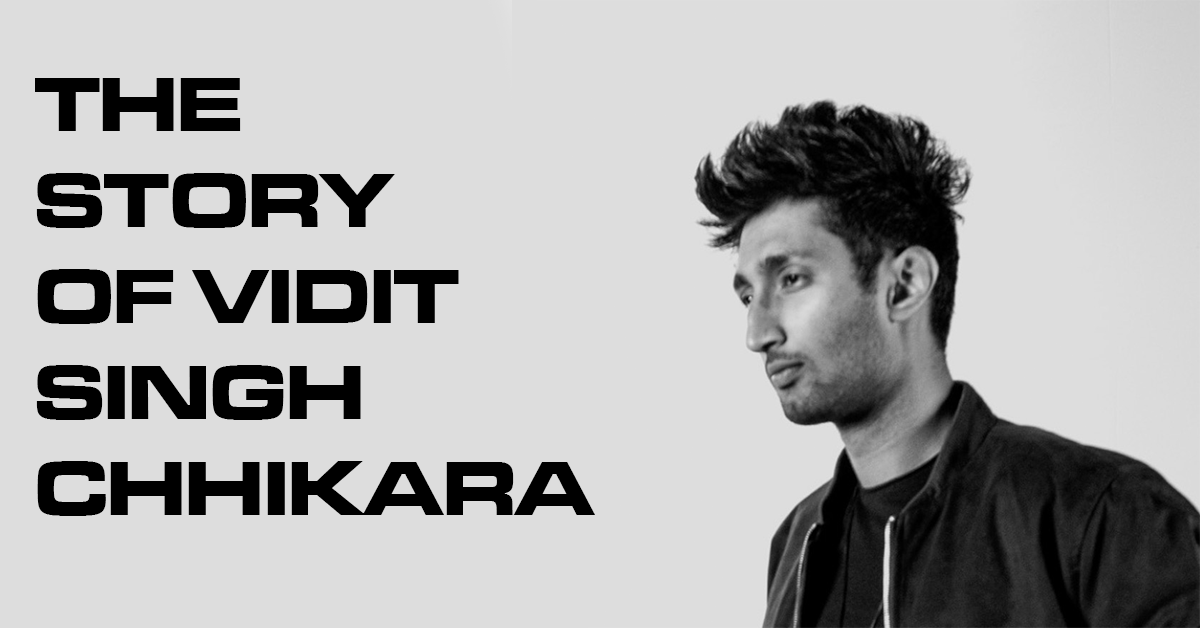 “I believe in crafting vision into reality while working with designers from all over the globe to design products that improve the quality of life for the community, says bio of 23yr old Vidit Singh Chhikara.

Over the years, India has evolved with the rise of many subcultures. From murals to graffiti lanes, from rap battles to music concerts, we have a whole new concept of living as a citizen of this country. One such subculture is ‘ Sneaker Culture’.

As a reader of this article, you are already a sneakerhead and love to know about the sneaker world. Talking about India it has already welcomed the air of this sneaker fever in recent years.

With the grooming sneaker culture here, there are quite a lot of millennials who are not just passionate about sneakers but want to pursue a career in the same passion. Here the Pensole Academy drives the attention.

Pensole Academy is dedicated to sneaker and functional apparel designing and has contributed quite a lot not only in the U.S, but around the globe.
It organizes short hand on learning classes with global brands like Nike, Puma, Addidas, and New Balance and competitions like World Sneaker Championship, through which it gives opportunities to those who perform well to study in their masterclasses. It has a major contribution to the sneaker community as it grooms the students to future designers.

There are many brands, experiences, and artists around the world striving and competing, coming under one roof at the World Sneaker Championship (WSC).

One such participate from India, also an alumni from PENSOLE and student of their New Balance and Vibram sponsored masterclasses, VIDIT SINGH CHHIKARA has made the name of his country worldwide.

The 23-year-old Vidit Singh Chikara, currently based in Detroit, Michigan, USA as a Product Design student at College Of Creative Studies (CCS), has worked in quite many sneaker collaborations. Before coming to his work lets ponder upon his achievements and his journey.

Being born and brought up in India, he has learned the craftmanship in footwear production from the Footwear Design and Development Institute (FDDI), Noida, India. When asked about what he gained from this place, he says, “FDDI was a crazy journey. I wanted to quit FDDI the very first year and go to a different design school but l ended up finishing my degree and aimed to study more years to progress in life. FDDI offered the business and manufacturing side of the footwear industry with some focus on design. It was great to learn everything there.”

The journey began from winning a scholarship for the Pensole x New Balance Masterclass in Boston and bagging the opportunity to see the inner workings of the industry.

Then the next success he got was in 2017 when he got selection in Top 32 Finalists of World Sneaker Championship, powered by FootLocker and organized Pensole Footwear Design Academy, Oregon.

He was able to design his own sneakers which were released a few years back. That was his first project.

While studying as a design student, he has worked on a lot of projects for, and at PENSOLE, each one has something to offer to the people and industry.

As a part of Pensole x New Balance Master Class, he worked on a concept of New Balance x Formula1, explaining the agronomics involved and about his inspiration drawn from racing cars.

In 2017, he worked in direction of sustainability, on a concept named, “PENSOLE X PNCA SUSTAINABLE SNEAKER CONCEPT 2020”
The importance and need for sustainable development have been talked about by every industry in recent years.

But in 2017 when sustainability was just a topic to have brainstorming sessions on and forecast upon the needs regarding the sustainable future, Vidit realized the very most existence and necessity of the theory in the 2020s.

“Sustainability was something l focused on from the beginning and l tried to build my ideas around that. Innovation is what drives me so l am always evolving as a creative and creating ideas towards sustainable design future.”, says Vidit in an interview taken by Street Sense.

As a kid, Vidit used to sketch a lot and play multiple sports but basketball was something he was most passionate about. While playing he always used to notice the shoes worn by players on the field.

In 2013, he couldn’t afford expensive sneakers so he researched about them started sketching his own designs on his highschool notebooks thinking one day he will have his own pair.

Inspiration has changed for him over the years. It started from basketball performance sneakers, the design, the engineering, the details.

Today, he draws inspiration by observing life and from industries like Architecture, Fashion, and Technology. Not a lot of people know that he failed to get into PENSOLE 5 times. He kept trying for 14 months trying to get into the academy. Each time failing made him stronger and he couldn’t quit on his goals.

His passion and zeal gave him the result of not giving up and he finally made to PENSOLE while being the 2nd Indian to do so. This is a triumph not only for himself but for India as he has made the name of the nation in worldwide Sneaker World.

HIS TAKE ON INDIAN SNEAKER CULTURE

Vidit sees a gaping hole in India’s sneaker culture. He believes that its undeniable that sneaker culture is influenced by the West and there is no problem in admitting that because ultimately all Indians are connected directly or indirectly. But India has potential to incorporate its rich diverse culture and traditions into its sneaker culture and evolve as trendsetters, rather than just being followers.

He cites work of influencers like Anand Ahuja who is doing great work towards streetwear and building his own brand, “Bhane”.

He wants to create a world where Indian sneaker culture stands apart from others.

“I have at most disciple and work ethic for the work l do and the love for the people l do it with.”, says Vidit while signing off to us.

The Nike Air Force 1 High Gets A Solid Green Sole