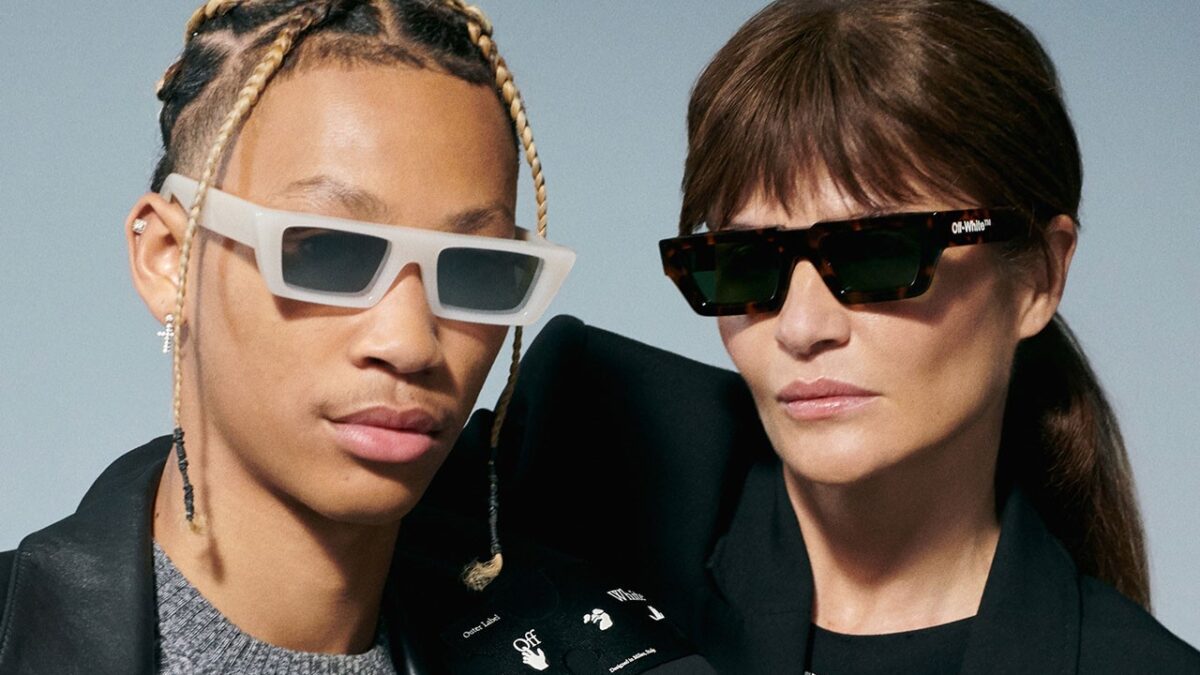 Virgil Abloh has inculcated his unique style in the Off-White‘s first full eyewear line. The collection comprises of various Avant Garde and androgynous frames, and unites under two branding motifs: a reimagined, overlayed logo and the classic “Arrow” iconography featuring intertwined ivy detailing. On one side , the “Marfa” sunglasses line the face with a narrow, extended cat-eye in two colorways , one being the statement-making hot-pink-and-white edition and the other , a  subtle black-and-tortoise colorway and on the other hand the “Alps” frame totally shines out with an oversized shield lens and a thick, wrap-around construction.

The “Manchester” styles is inspired by the 1980s eyewear archetypes with an inverted trapezoidal lens shape, while “The Cape” mimics the 1990s with oval-eyed natural metal frames. The line also features previous Off-White styles, including the signature “Virgil” shape, the rectangular “Arthur” silhouette, the enlarged “Tropez” frames and the laser-holed “Cady” sunglasses.

In a statement, Virgil expressed “I don’t believe in gender, only design,”

For the collection’s debut, Abloh chose photographers Tanya and Zhenya Posternak to capture the essence of the forward-thinking campaign through their artistic lens , which features models Helena Christensen, Justine Biticon and Lil Dre.

“I chose Helena, Justine and Lil Dre because they each represent different world views and perspectives, yet they each embody everything I believe Off-White™ stands for: Creativity, perseverance, confidence,” says Abloh.

Take a look at the complete line below .The collection is available to pre-order now on Off-White’s webstore and will be showcased at stores in June 2021. The prices range from $270 USD to $405 USD. In addition to that , shoppers can virtually try-on each frame through an AR filter on Off-White’s Instagram.

Converse teams up with Kelly Oubre Jr. to create the All Star Pro BB “Soul Collection”