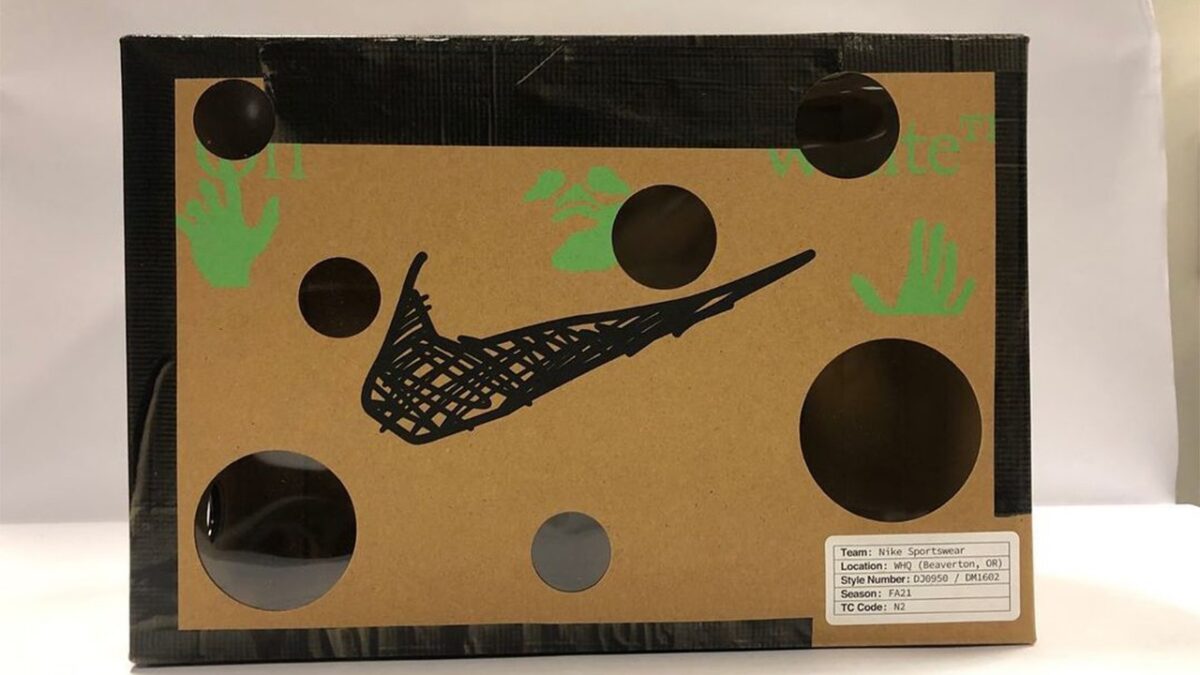 Following up a range of early looks, Virgil Abloh has announced his upcoming Off-White™ x Nike collaboration on his personal Instagram profile.

In a series of images posted , the multi-disciplinary creator shared what appears to be an early prototype for a shoebox. The shoebox has circle cutouts that gives a sneak peak to the orange wrapping paper inside and the box features an Off-White™ logo in green, Nike Swoosh drawn haphazardly and a black tape along the edges. The print on the box highlights “The Fifty,” which is a range of Nike Dunk Low takes that all feature different designs.

In the first part of the caption , Virgil reveals the name of the collaborative collection – “Dear Summer,” which can be expected to release in the coming few months. In rest of the caption, Virgil looks back at how far his relationship with Nike has grown since 2017.