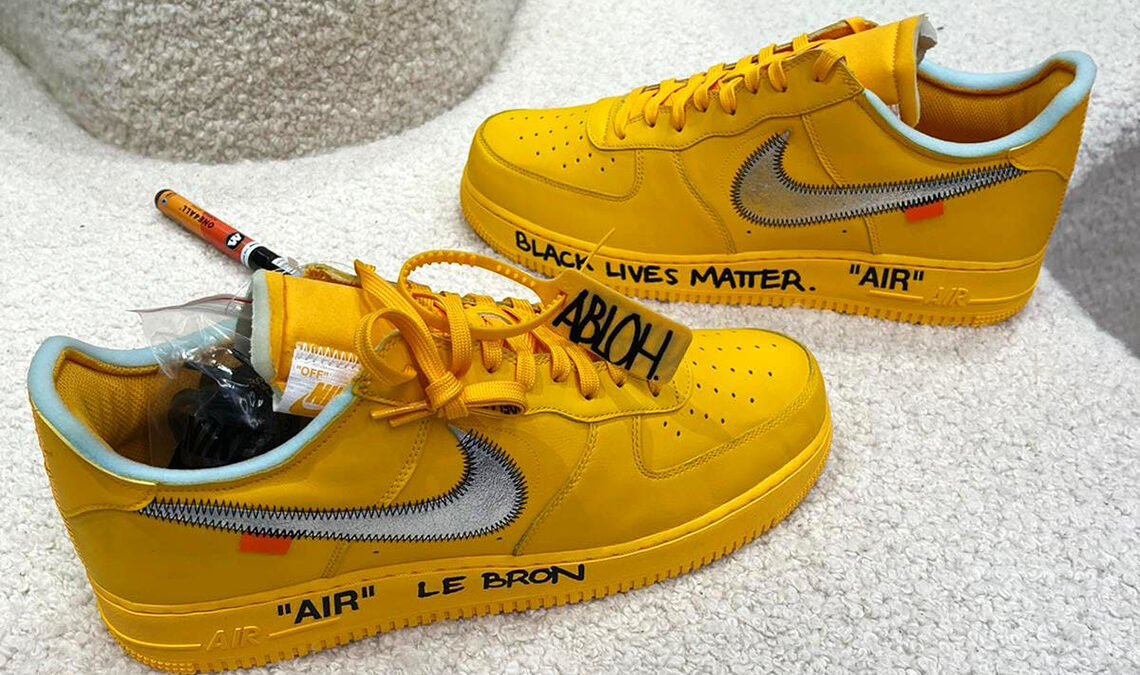 These look similar to the MCA Air Force 1s by Off White with the only major difference being that instead of blue, the shoe is covered in University Gold throughout and features a silver swoosh.

On LeBron’s pair, Virgil has been seen writing on the laces and midsoles. “BLACK LIVES MATTER,” “LE BRON,” and “VIRGIL WAS HERE” markings can be seen on the midsoles for LeBron himself.

While there is no official release date, this pair is expected to arrive later this summer, sometime in July.

Jack Harlow Teams With Pensole For A New Balance 327 Collaboration