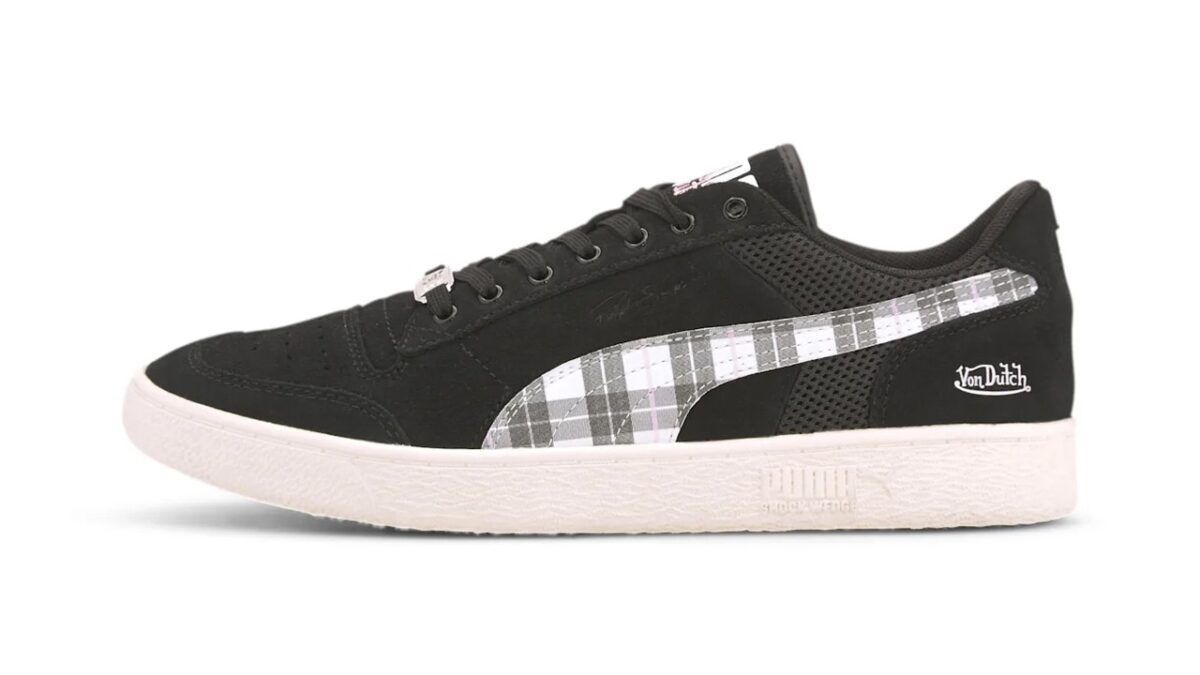 An unexpected fore shoe collection by Von Dutch, Puma brings back the nostalgia of their 00’s. Consisting of new takes on the Ralph Sampson, Ralph Sampson Mid, RS-2K and Future Rider, all four shoes use Von Dutch’s bright colors and bold branding. Von Dutch’s designs were popular with Hollywood types like Britney Spears and Paris Hilton around the turn of the century founded by the late Christian Audigier , the man also responsible for Ed Hardy .

Ralph Sampson’s classic signature shoe may is different in more ways than collar height. Made of black suede and mesh is the low-top iteration, centered around a white, grey and pink Von Dutch plaid print on the Formstripe. With an interchangeable Velcro patch on the tongue and an “Everything is in the Subconscious” on the lateral corner is the high-cut style opts in a mix of white, pink and navy blue brought together by winged silver lace deubres.

The new RS-2K takes on a similar color scheme to the Ralph Sampson Mid, but adds its own signature dash of flair with special shaped eyestays offering Future Rider simplest look of the bunch with a white, black and pink palette. All four styles are completed by co-branded PUMA/Von Dutch insoles.

The PUMA x Von Dutch collection will release on the PUMA webstore from September 12, with prices ranging from $110-$130 USD.