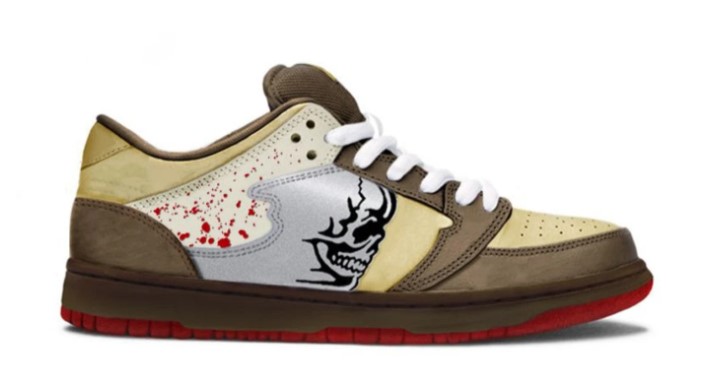 Warren Lotas Sold Over $10 Million Worth of ‘Nike Dunk’ Sneakers

An ongoing legal battle between the streetwear designer and the sportswear giant has seen some developments, even though a U.S. District Court has officially ordered Warren Lotas to stop selling Nike Dunk lookalikes.

In a filing yesterday in the Central District of California, the Lotas brand asked the court to reconsider and/or modify its Nov. 18 granting in part of Nike‘s preliminary injunction. Although he agreed with seeking to go along with replacing preorders for its Dunk lookalikes with the new Warren Lotas Reaper design, still Lotas’ declaration peels back the curtain on some of the sales figures behind the controversial sneakers.

Lotas says he has processed over 29,000 refunds for the Staple x WL Pigeon or WL Broccolini, which are fashioned after the popular Nike SB Dunks, with each pair retailing for $300, and credited an additional 7,000 preorders to be replaced with the Reaper. With around 36,000 total orders, that would bring the preorder gross to roughly $10,800,000. As the original shoes are legally barred from being sold, Lotas hopes to retain the ability to fulfill the Reaper replacements, as the brand stands to lose $2,100,000 in revenue if it is unable to sell them.

Lotas further fights for his right to fulfill the credited Reaper orders, in a more detailed documents also filed yesterday. It mentions that a decision regarding whether the Reaper infringed on Nike trademarks was never explicitly made during November’s preliminary injunction ruling because Nike did not fully brief the court on it.

Lotas targeted Nike’s assertion of initial interest confusion, a doctrine which pertains to defendants using trademarks to capture consumer attention even though no sale is actually completed. Although the filing states that because customers had already purchased the infringing sneakers, what took place wasn’t initial interest confusion, but source confusion. Lotas asks the court to reconsider its findings on the same subject.

“The Reaper is a radically different sneaker,” reads Lotas’ application for reconsideration. “It contains no Swoosh, no panels, and stitching that mimic the Dunk trade dress, and has a differently-designed outsole that features the skull and scythe of the grim reaper. Nike’s effort to convert the Court’s injunction against the accused sneakers into an injunction against an entirely new shoe—where there has been no showing anyone is confused—is inappropriate and warrants an order from the court.”

Raekwon Teases Another “Purple Tape” Collaboration With Packer And Diadora