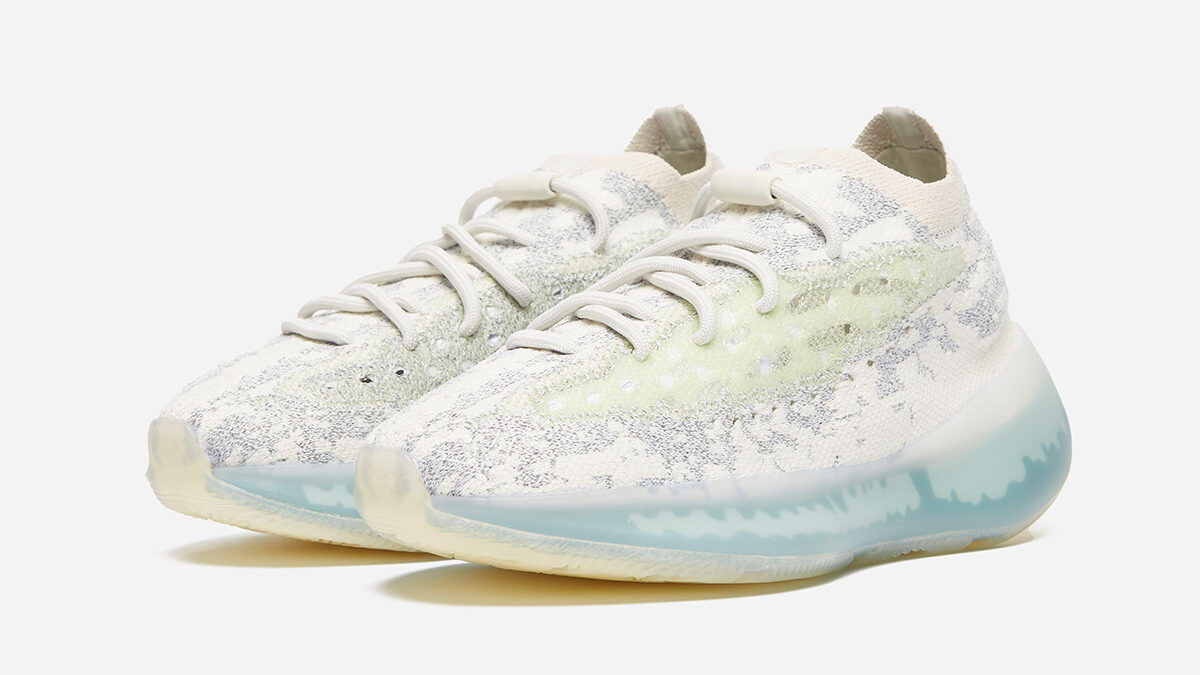 Unveiling YEEZY brand’s 2021 plans have been transpiring faster than ever as the final days of the year are lining up, with yet another new release appearing. Up this time is a new iteration of the futuristic YEEZY 380 “Alien Blue” channeling the silhouette’s original “Alien” colorway from late 2019.

This pair, much like the OG dons a Light Grey and White reflective prime knit upper with a Glow Green hue used on the midfoot stripe. An icy Blue BOOST midsole on top of a translucent outsole finishes off the design.

The adidas Yeezy Boost 380 “Alien Blue” is set to release on May 31st at select retailers and adidas.com/Yeezy. The retail price tag is set at $230 USD.

Saucony Explores The Outdoor Elements With The “Astrotrail” Pack