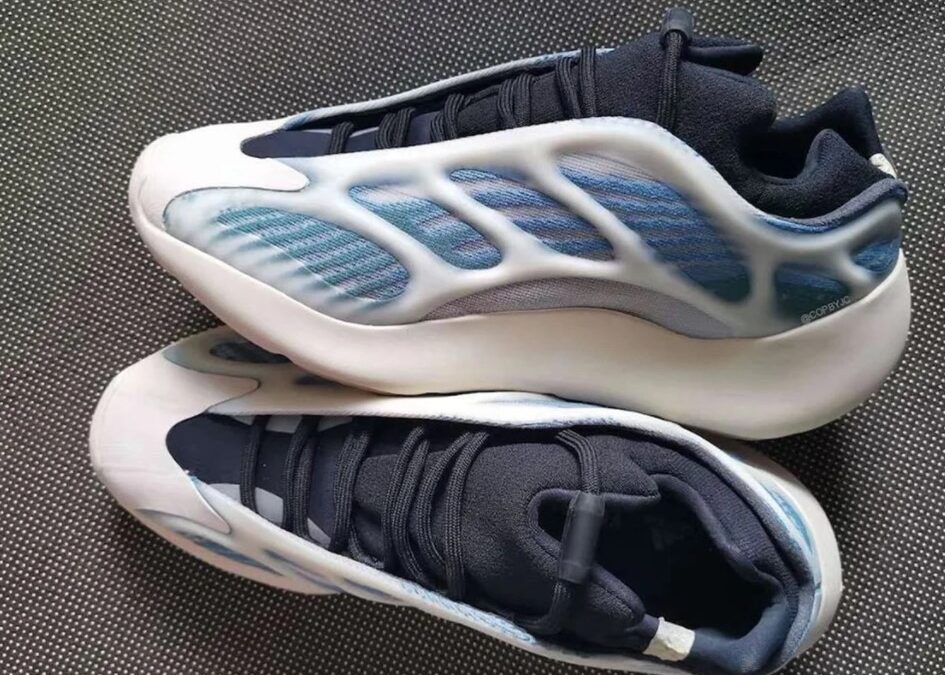 The upcoming YEEZY 700 v3 “Kyanite” is not to be mistaken for the earlier released “Azareth”, although it is – in true YEEZY style – eerily similar. As a matter of fact, the woven upper is upturned to a lighter tone well suited for the title Kyanite – an aluminosilicate mineral rock that has a marbled blue-white aesthetic. Apart from the flip in tones, caging transition from translucent blue to white not much has changed. Black collars and sail midsoles are still intact from the former.

Detailed images of the pair came into the picture courtesy of @brandon1an. A tentative release of 27th March has been decided upon with official confirmation yet to follow.

The adidas YEEZY BOOST 380 Is Coming in “Alien Blue”