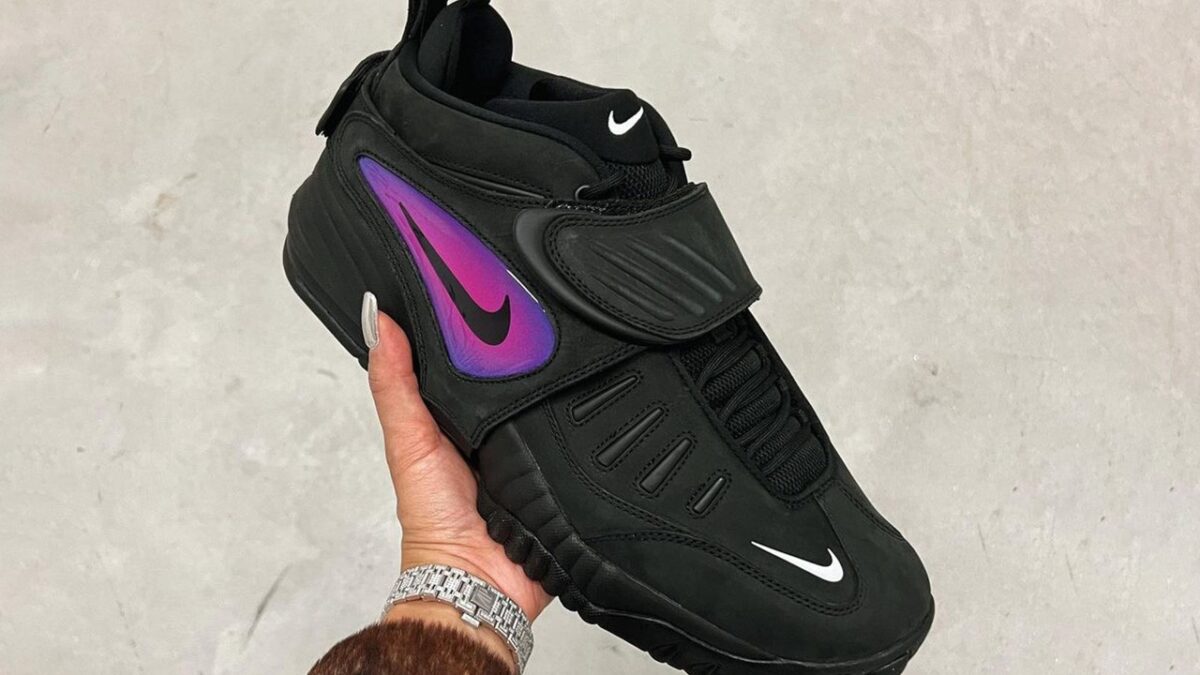 AMBUSH and Nike first collaborated in 2019, when the two companies released a pair of high-cut Air Max 180s alongside a matching apparel range. Since then, the two have released a few Nike Dunk High iterations as well as an NBA capsule, and now they’re gearing up to recreate the Nike Air Adjust Force – a 1996 Sportswear classic — in a collaborative style.

Yoon Ahn, the Japanese label’s founder and creative director, first teased the sneakers in November 2021, but she’s now provided a closer look at the upcoming design. The shoe’s foundation composition consists mostly of a black nubuck upper paired with a breathable mesh tongue. Collars include a removable strap that wraps over the heels and has a gradient purple and pink mold with a solid black Swoosh on it. When the strap is removed, the sneakers reveal a simple white leather Nike check on the side panels, which matches the marking on the tongues and forefoot. The midsoles are blacked out and piled atop Nike Grind treads in the south.

At this time, no release date has been specified, although the pairs are expected to be released in the following months.

Nike Zoom Freak 4 soon to be out